The term ‘religion’ covers a diverse range of thoughts and beliefs. Some people understand their religion to prohibit all acts of violence, even to the smallest animal, while others believe their religion compels them to go to war. For some people religion is central to their identity and infuses every aspect of their life while for others it is something that relates to a particular place on a certain day. Religion’s diversity makes it hard to define though we all feel we recognise religiosity when we see it.

Over two days in June this year, a group of staff from the British Museum and guests took on the problem of trying to define religion and think about how religion affects, or is affected, by the sort of objects that make up the British Museum’s collection. This seminar took place as part of the Empires of Faith research project funded by the Leverhulme Trust. The project is about comparing religious objects from different cultures in the first millennium AD. This is a hugely important period for the religions we know today. Christianity and Islam both began in the first millennium, and the beliefs and rituals of many other religions (Hinduism, Judaism, Zoroastrianism, Jainism and Buddhism) took the form we recognise today at this time.

It is very easy to let preconceptions get in the way of thinking about big ideas like religion. To help the members of the research team break out of their comfort zone we invited five guests with very different expertise to speak about the topics. Averil Cameron (University of Oxford) is well-known for her work on Byzantine history. Matthew Canepa (University of Minnesota) is an art historian and expert on the Sasanian world (ancient Iran). Simon Coleman (University of Toronto) is an anthropologist and an expert on pilgrimage. Bruce Lincoln (University of Chicago) works on the history of religions. Joan Pau Rubies (Universitat Pompeu Fabra) studies the history of European missionaries. Such a diverse range of expertise helped push everybody to think in new ways. This wasn’t a conventional seminar with formal lectures. Instead, it was a discussion, sometimes a debate, about ideas that could shape the project. So, although the project team will write lots of research over its course, there will be no book of the seminar. The participants agreed instead to let their ideas and discussion be ‘sketched’; a new concept for most of us. The artist Clarice Holt sat quietly in the corner while we talked at, argued and harangued each other. Clarice prepared eighteen sketches of the meeting, encapsulating different points that were raised during the discussion. You can see the full sketches in the slideshow at the end of this post.

Not often is one’s mind stretched so far and in so many captivating directions. I hope very much that the images I created for the Empires of Faith Project will allow a wider range of people access to what is a vibrant and relevant area of historical research, and to gain insights into this weird and wonderful area.

Clarice’s reflections on the seminar.

The first day of the seminar was spent trying to find a way of defining religion. One of the disagreements was about whether a single definition of religion was useful or if what was, or was not, religious had to be defined for each historical period. The single definition makes sense to us because we live in a world where there are sharp divides between the religious and non-religious (or secular). Some people, and some places, and often certain days are ‘for’ religion but in the past religion was part of everyday life. People saw the world as constantly shaped by magical or divine forces beyond their control. Thinking ourselves back into that perspective is very hard and that made these days very useful for the project as a whole.

The second day was about objects and what they tell us about religion. One topic that was discussed was the ambiguity of images. The Empires of Faith team is very interested in how the same image can represent different gods in different places. So, for example, an image of the Greek god Hercules found in modern Pakistan would probably represent Vajrapani, the protector of the Buddha, or in Iran it could be the divine being Verethragna. What did the people who made the images, or used them, think about the relationships between these different gods?

The two days were tiring but enlightening. Everyone came away with plenty to think about and some more questions that the project will try to answer in the future. Can objects shape what you believe? Can they be more important than doctrines and scripture? Does a sacred object possess some intrinsic quality that sets it apart, or does sacredness only exist in our perceptions?
Traditionally the study of religion in the ancient world has focused on what people wrote about regarding their beliefs or practices. The Empires of Faith project is seeking to balance that by looking at how visual culture and religious artefacts relate to religion. It feels appropriate that the thinking from our first seminar was recorded not as a series of written articles but as a set of images.

Click on the images below to begin a slideshow 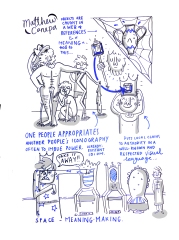 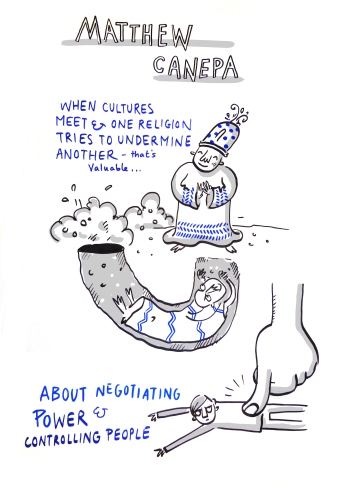 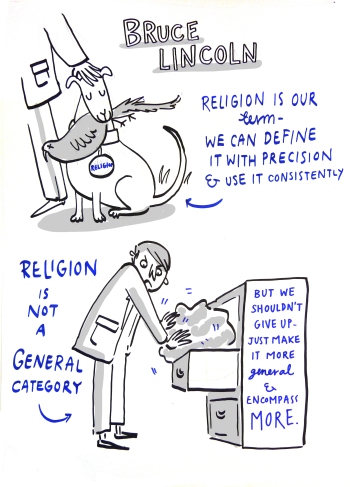 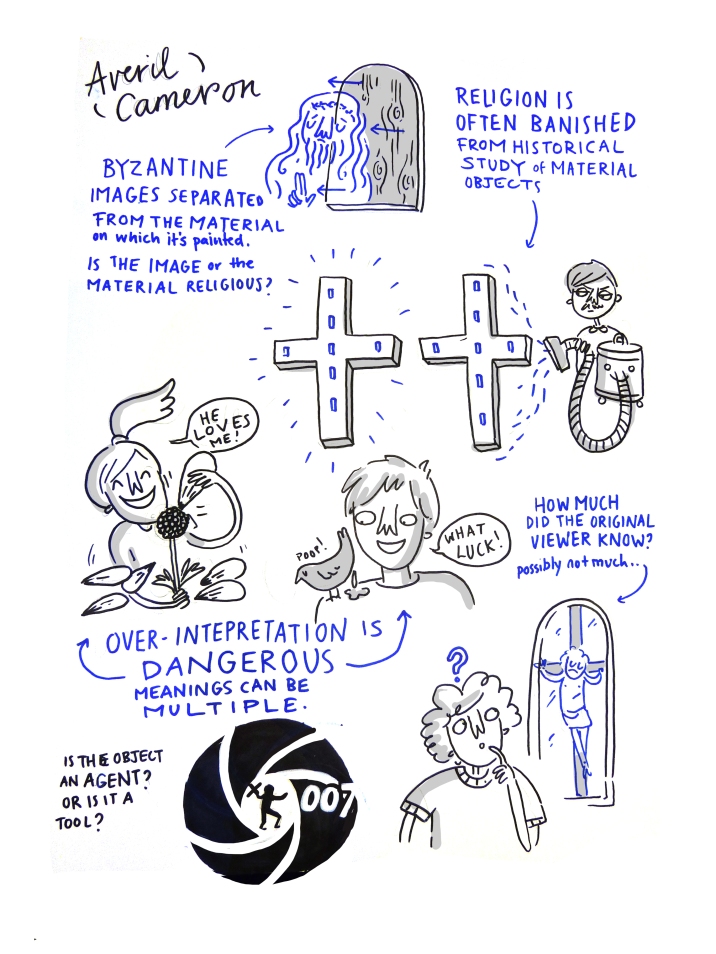